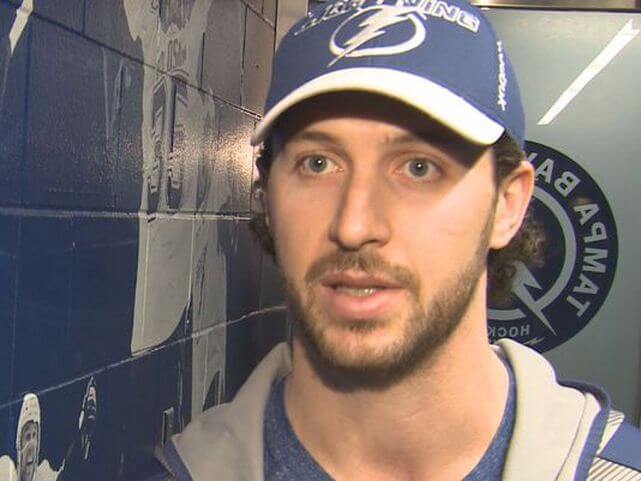 Tampa Bay Lightning owner Jeff Vinik is the most recognizable when it comes to the team’s charitable efforts.

But right wing Ryan Callahan and his wife, Kyla, are making an big impact in their own way.

Callahan is known as a guy who plays with all heart.

But, inside a suite at Amalie Arena during nearly every home game the couple hosts Cally’s Crew, a group of pediatric cancer patients and their families.

On this night, two big hockey fans were getting the celebrity treatment. Alex, who ultimately lost a kidney to a rare Wilm’s tumor, and Connor, a former sled hockey player who’s battled through a second bout with leukemia, traded in their hospital beds for great seats and eats.

“These kids go through so much, things that people don’t want to hear about cause it is not pretty, and to be able to just forget that and to come here and almost feel like your a celebrity makes them feel good,” said Tracey Hernandez, Connor’s mother.

“To go through what we’ve been going through with the Chemo treatments with Alex and to be able be to retreat as a family and to have this opportunity by the Callahans is truly remarkable,” said Jalaml Abadi, father of Alex.

And the fun wasn’t done after the Bolts clinched a win. Alex, Connor and their families got the chance to meet and hangout with the leader of Cally’s Crew and other members of the Lighting.

“Ryan is just a very down to earth person, he’s a tough guy out on the ice, but he’s a softy and he has a really big heart,” said Kyla.

“For them to be able to say that they met and forge friendships with them, it just means the world,” said Hernandez.